The older I get, the more I realize one ever-present truth of this wide world we live in: everything, and I mean everything, is process.

The last time I walked the trails by the river on the grounds of the national historic site, I was with my own daughter, and my best friend and her daughter. We stopped at the Trail of Tears Overlook to watch a barge haul containers on the river. It was a stark reminder that the blur of history and future are in a unique position to mingle here in Fort Smith.

My grandparents’ tales of Fort Smith are replete with beginnings like “Back when we lived on the farm in Southtown . . .” and “Me and my buddies were drag racing down Towson . . .” What my grandparents’ stories all have in common is an incredible setting: a vibrant, working class city, before all the main roads were paved, before Southside was built or sprawling Walmart Supercenters hemmed in the city at its borders.

Sometimes when I am driving around town, I try to see Fort Smith as it was in my grandparents’ youths: a drag race down Towson Avenue and a space a little ways off of what is now Zero Street big enough to have a thriving farm. I try to remember what Fort Smith was like when I was a child and we called it “town,” as in, “we’re going into town to meet Uncle James for lunch.”

My great uncle, James Selph, was a farrier and blacksmith, and there’s a place just a few moments from Garrison Avenue, in Moffett, where his name is fading across the top of what is now an abandoned building. Uncle James, who once seemed ten feet tall and bullet proof, funny and loving, is long dead. But this building has left an imprint of him. When I pass his name high up on that building, I feel even more connected to the living history of Fort Smith and to the process that has changed its face across the years.

There’s a famous picture of Belle Starr with a gun on her hip, looking every bit the fancy outlaw and truly a woman of her time, sitting side saddle on a handsome horse in downtown Fort Smith when saloons lined the main drag. The picture was taken in 1886, and in the ensuing 131 years, Fort Smith has grown from a raucous border town to Arkansas’s second largest city.

You may be able to hear the city speak sometimes, in the whisper of passing traffic and distant voices in city parks. If you listen very closely to the sound of new construction, to the sounds of business being conducted all around you, you’ll hear the murmurs of process that carry Fort Smith forward. Business owners, community leaders, and conscientious citizens, all alive with ideas and making a new face for our little border city, are giving life to those ideas through action. 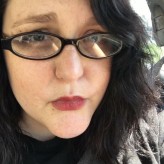 J.B. Weisenfels is a lifelong resident of the River Valley who serves as Editorial Curator for BSavvy Magazine. She holds a Masters of Fine Arts in Writing from Spalding University and a Bachelors of Fine Arts from the University of Arkansas-Fort Smith, where she received the Academic Excellence Award for the 2013/2014 academic year. When she is not writing or editing, she enjoys reading, writing, and having long conversations with her two children and all her very excellent friends and family members.

The Family Healing Place: A Place for Shelter and Peace

The Golden Leadership of Charolette Tidwell

The Non-Runner’s Guide to Marathon Preparation

A Tale of One City: Reading True Grit 50 Years Later

Sara Adams of BrickCity Emporium, A Woman of Insight